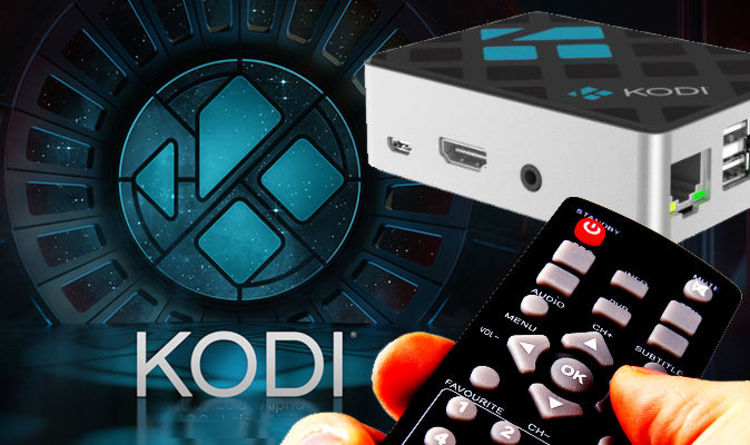 The Kodi revolution show no signs of stopping with recent statistics suggesting it’s now being used in over 30 million homes across the globe.

This legal TV player has had a meteoric rise to success and it seems there’s one very big reason why so many people love it.

The Kodi player can instantly be used to view and stream a swathe of premium content for free using so-called add-ons.

This way of watching movies, sport and TV shows has become so popular it’s thought that over 70 per cent of Kodi adopters use the player for illegal purposes.

Along with Kodi’s popularity booming a report out last week by MUSO has revealed that illegal streaming increased by 1.6 per cent in 2017.

This means there were over 300 billion visits to pirate sites in 2017.

Kodi: Ever streamed with Kodi? Here’s what is legal, and what is not

With more than one million so-called Kodi Boxes currently in use in the UK, streaming with illicit set-top boxes is becoming hugely-popular. However, a number of changes in the law could bring harsh punishments to those streaming things they shouldn’t.

Kodi: What Is Legal, And What Is Not

Speaking about the data Andy Chatterley, co-founder and CEO, MUSO, said: “There is a belief that the rise in popularity of on-demand services – such as Netflix and Spotify – have solved piracy, but that theory simply doesn’t stack up.

“Our data suggests that piracy is more popular than ever.

There has been some success in blocking many streams but even this hasn’t stopped online piracy.

Torrent sites such as The Pirate Bay have seen an increase in traffic as users try beat the streaming bans by downloading illegal content instead.

So, with Kodi and illegal streaming on the rise is it really safe to join this ever-growing revolution?Here’s five things everyone should know before attempting to view premium content for free.

KODI IS NOT ILLEGAL BUT USING ADD-ONS CAN BE

The Kodi TV player is totally legal with the team behind it actively distancing themselves from illegal streaming and its consequences.

However, Kodi can be easily adapted via add-ons to allow users to stream a range of content without permission.

It’s these add-ons that are under the spotlight of the authorities with many closing themselves down in recent months in fear of being fined or facing legal action.

Although it’s unlikely that Kodi users will be hit a punishment it has been suggested that penalties could be dished out in the future with FACT recently confirming that they will “also be looking at, at some point, the end user. The reason for end users to come into this is that they are committing criminal offences.”

The recent Digital Economy Bill also raised the prison terms to 10 years for the worst offenders.

If you’re worried about being hit with a fine you are best paying for content via services such as Netflix, Amazon and Sky.

MALWARE IS A PROBLEM YOU SHOULDN’T IGNORE

It’s probably something most people don’t think twice about but visiting streaming sites can lead to more problems than just a slap on the wrist.

Malware can be a huge issue when streaming online and it’s a problem that should not be ignored.

They can then make money by charging other cyber criminals to put malware on a site which can then hijack a user’s computer.

The FACT report cited one study that looked at US “content theft sites”.

The research found one in every three websites exposed users to malware.

FACT added: “Internet users who visited content theft sites were 28 times more likely to get malware from those sites than from legitimate websites or content providers.”

STREAMS ARE BEING BLOCKED

If you’ve ditched Sky in the hope of watching content without paying you might be disappointed as many streams are being blocked.

The Premier League and UEFA has both put bans in place which allow them to instantly stop any illegal broadcasting of their content.

And it seems these blocks are working with Sky recently reporting that streams are now much harder to find and access.

Speaking to the BBC, Premier League Director of Legal Services, Kevin Plumb said: “This blocking order is a game-changer in our efforts to tackle the supply and use of illicit streams of our content.”

“It will allow us to quickly and effectively block and disrupt the illegal broadcast of Premier League football via any means, including so called ‘pre-loaded Kodi boxes.

“The protection of our copyright, and the investment made by our broadcast partners, is hugely important to the Premier League and the future health of English football.”

YOU CAN FACE A HUGE FINE

If you think you’ll escape being fined it’s worth knowing that those who stream content are being charged.

One recent incident saw a member of the public slapped with a £5,000 charge after they streamed the Joshua vs Klitschko live on Facebook.

The stream, which was viewed by some 4,250 people at its peak, was traced back to the Sky account holder, Craig Foster, of Scarborough.

Foster says he received a number of letters from Foot Anstey LLP, a law firm representing Sky, following the stream.

“He has since acknowledged his wrongdoing, apologised for his actions and signed a legally binding agreement in which he agrees to pay a sum of £5,000 to Sky.”

Illegal streaming can increase your risk of malware

STREAMING DEVICES CAN BE DANGEROUS

There’s been a huge surge of so-called Kodi boxes arriving in the UK.

These devices, which can be purchased online, often arrive full-loaded with add-ons giving owners instant access to streams.

With prices often starting from below £100 these can be hugely tempting but its worth knowing the risks.

A recent report found that many of these set-top boxes didn’t pass strict electrical test making them a fire risk.

According to the Intellectual Property Office (IPO), more than one million illicit streaming boxes have been sold in the UK within the last two years.

That represents a significant risk to the general public.

Product Safety Manager at Electrical Safety First, Steve Curtler said: “This year consumers thinking about buying an illegal streaming device for Christmas need to know that by plugging them into their TV they could be potentially be putting themselves, their home and their family at risk.

“We urge anyone with one of these devices to unplug it and stop using it immediately.

“Not only are these devices breaking the law, but they could be putting your loved ones at risk.”