Best streaming service for anime: and what to watch on 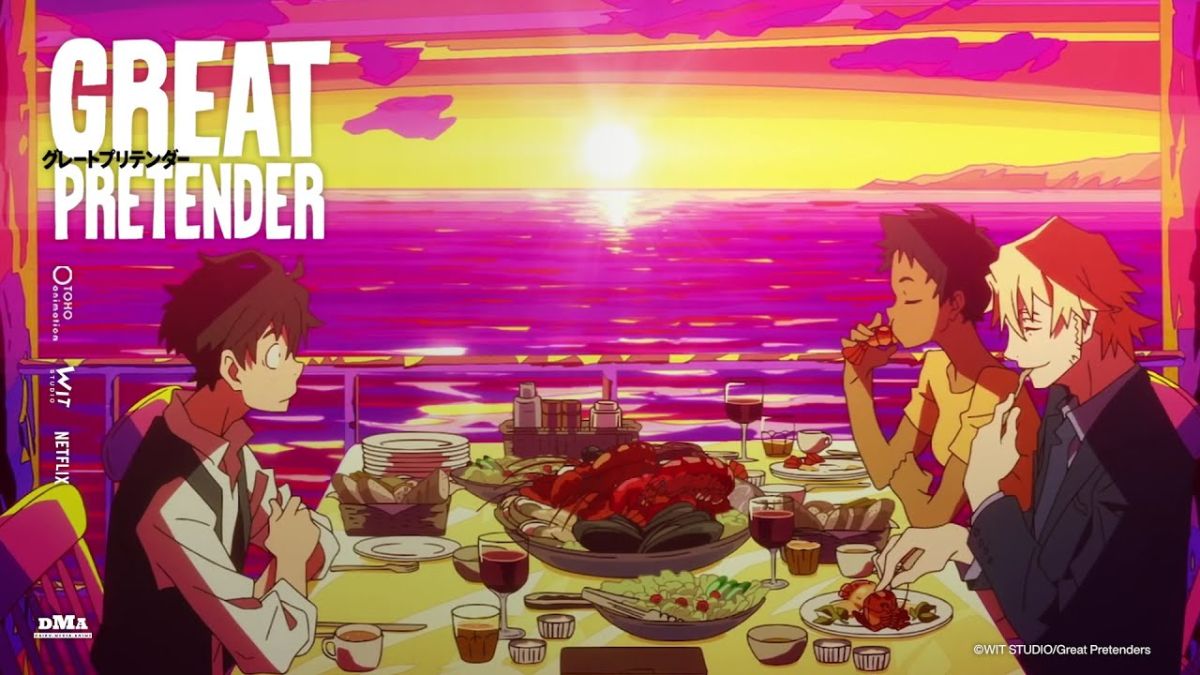 So, you’re looking for the best streaming service for anime – and why wouldn’t you? Anime is no longer the niche proposition it was even a few years ago, thanks to the boom in online streaming expanding audiences for Japanese animation all over the world, and production ramping up to cater to those new viewers.

Whether you’re a new recruit to anime TV series, love yourself some Studio Ghibli movies, or want some other anime shows to binge between new episodes of Attack on Titan season 4, you’ll want to know which anime streaming service is worth checking out – or even subscribing to.

Netflix in particular has become something of a home for new anime, with a host of Netflix Original shows from both Japanese and American animation studios. We recently reviewed Blood of Zeus, from the studio behind Castlevania – and it’s clear that more mature (or just violent) anime series are having a moment worldwide.

In our guide below we’ve compared each streaming service in terms of the content available, how soon shows available after broadcast, as well as the subscription price – if there is one!

Keep in mind that content libraries will vary slightly between regions, though we’ve done our best to make this a fair comparison globally. Here are the best anime streaming services out there.

So, what is the best streaming service for anime?

You can’t begin to talk about streaming anime without Crunchyroll. The American website has a vast catalogue of nearly 1,000 popular anime shows and films, – as well as manga and foreign drama – though it’s mostly subtitled rather than dubbed (when the original audio is replaced by US voice actors). The service is free, too, meaning you’ve no excuse to go pirate any of these shows elsewhere.

There is a premium subscription ($7.99 / £7.99 / AU$7.99), which lets you view anime in higher resolution than 480p – ouch – as well as watch new episodes while they’re released, rather than having to wait a week for the episode to become available.

Crunchyroll doesn’t have the best interface, with a slightly bland design and a one-way sorting system that always lists the latest episode first – which is less helpful for new viewers. But for the breadth of content that isn’t behind a paywall, Crunchyroll is miles ahead of the competition.

Not to mention that the fourth and final season of Attack on Titan is now streaming there – what more convincing do you need?

The home of anime dubs

Once a close partner with Crunchyroll, with both services sharing sections of their libraries with each other, they have since gone their separate ways.

Funimation is a large distributor of dubbed anime, meaning the catalogue tends towards replacing the Japanese voice acting, rather than subtitling the original audio. For some purists, this is heresy. For others, it makes anime a lot more accessible. If you’re in the latter camp, Funimation is probably the best anime streaming service for you.

As a dedicated anime platform, you get a lot of overlap with the Crunchyroll library. One thing Crunchyroll doesn’t have, however, is the full roster of Dragon Ball TV shows, with Funimation hosting Dragon Ball Z, Z Kai, Super, and GT alongside the original series (albeit only in the US).

Like Crunchyroll, there’s a free, ad-supported version or a premium subscription option with higher video quality. You get a two-week trial to test the wares, but after that you’ll have to cough up $5.99 / £4.99 / AU$5.99 a month.

Some anime gems amongst a massive catalogue

You may mainly use Netflix for watching back episodes of your favorite US sitcoms, but the streaming giant has been adamant about catering to all kinds of niche programming – licensing a number of big-name anime shows as well as producing its own.

Because of Netflix’s international audience, each program has a host of audio and subtitle language options, making it one of the most versatile platforms for deciding how you want to watch your anime. The arrival of Studio Ghibli movies (outside of the US, where HBO Max has the rights) has been a big feather for Netflix’s cap, too.

There’s also some real prestige in Netflix managing to get the iconic 90s anime Neon Genesis Evangelion onto its service, which had been missing from any sort of streaming service for years (we expect it was expensive).

Due to licensing costs and issues, though, you won’t always get the latest or most complete series. Attack on Titan only has one of its three seasons, and anime not produced by Netflix tends to land a good while after release.

The benefit to Netflix is how much other content you get for the low entry price: starting at $8.99 / £5.99 / AU$9.99, with more expensive subscriptions available for HD and 4K content, or streaming to multiple devices at once. If you want a side of anime alongside your usual helping of action, comedy, or otherwise, Netflix is likely your best bet.

Expensive, but a number of Funimation shows included

Hulu is another Netflix-style streaming service with a host of films and TV shows, anime and otherwise. For a package deal of Hulu’s comedy, drama, and anime content, you’re getting a lot for the buck, though the $7.99 price won’t remove ads from the service: you’ll need the $11.99 premium account for that.

Hulu signed a partnership deal with Funimation back in 2018, so you’re getting a lot of the biggest Funimation shows to help pack out the catalogue here. However, much like Netflix, not all these seasons are complete, and it doesn’t have the breadth of a dedicated anime service. Hulu also tends to have only dub or sub for each individual shows, making for a bit of jarring experience if you prefer one or the other.

If you’re in the US, and want Hulu-specific shows alongside your anime, this may be the best option for you – even though you’re paying considerably more per month for equivalent access compared to the other options on this list.

What happened to Amazon’s anime plans?

-Not that much of it

Honestly, Amazon doesn’t have that much going for it in terms of anime, especially since its Anime Strike platform closed down. There are however some brilliant feature-length anime films on the Amazon Prime Video service to stream like The Red Turtle or Your Name, and even Grave of the Fireflies (a Studio Ghibli movie Netflix doesn’t have the rights to).

If you’re on Amazon anyway and can’t find the titles you want, you can also check out its selection of Studio Ghibli boxsets and DVDs, even if this quickly becomes a costly way to binge. Netflix now hosting most of the Ghibli catalogue makes this somewhat redundant too.

Most importantly, if you already have an Amazon Prime account it’s relatively easy to add Funimation to Amazon TV Channels for $5.99 / £4.99 / AU$5.99 a month.

Best anime on Amazon Prime Video: Boy and the Beast, Mary and the Witch’s Flower, Your Name, Grave of the Fireflies, The Red Turtle

Round up of today’s best deals