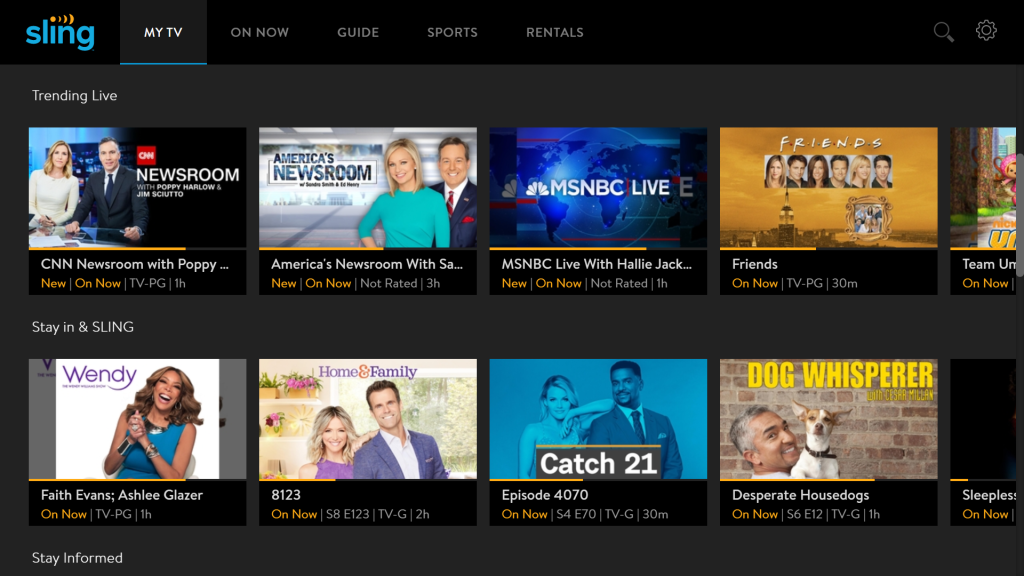 Dish Network’s over-the-top Sling TV service is offering free access to its 45-channel live TV bundle for 14 days. The company is positioning the move as a “public service” as millions of Americans are quarantined at home during the COVID-19 crisis.

From March 26 to April 5, U.S. consumers who are not current customers of Sling TV can receive 14 days of free access to Sling Blue (regularly priced at $30 per month). The service includes access to cable news networks like CNN, Fox News, HLN, MSNBC and Bloomberg TV; cloud DVR; over 50,000 on-demand titles; and simultaneous viewing on three screens.

“With more states and municipalities issuing shelter-in-place orders, everyone needs the latest information to do their part,” Warren Schlichting, group president of Sling TV, said in a statement announcing the two-week free offer. “We’re hoping to motivate Americans to stay home, and stay informed during this critical time.”

News viewing has spiked in the past several weeks amid the crisis: According to Sling TV, viewership of television news networks on the OTT service increased 121% for the seven-day period ended March 24 compared with vs. the same time period a month ago.

Dish is hoping the free offer for Sling TV ultimately will attract subscribers who stick. After the 14-day free period expires, users can subscribe to Sling TV’s Blue package with a $10 discount for the first month.

Sling TV, launched in early 2015 as one of the first “virtual” pay-TV services, posted its first-ever quarterly subscriber loss in Q4 of 2019. Sling dropped 94,000 customers, to stand at 2.59 million at the end of the year. The sequential decline came after Dish announced a 20% price hike for Sling TV’s Blue and Orange packages, to $30 per month, last December. In addition, the company dropped the Fox sports regional networks from Dish TV and Sling TV last July, before the RSNs were acquired by Sinclair Broadcast Group.

Last week, Sling TV kicked off an initiative dubbed “Stay In & Sling,” under which it added free access to channels including ABC News, Fox News, local Fox affiliates in 18 markets, and Cheddar News to its collection of 3,000 TV episodes and movies available to anyone (no subscription required).