Hulu vs. Sling TV: Which Live TV Streaming Service Is 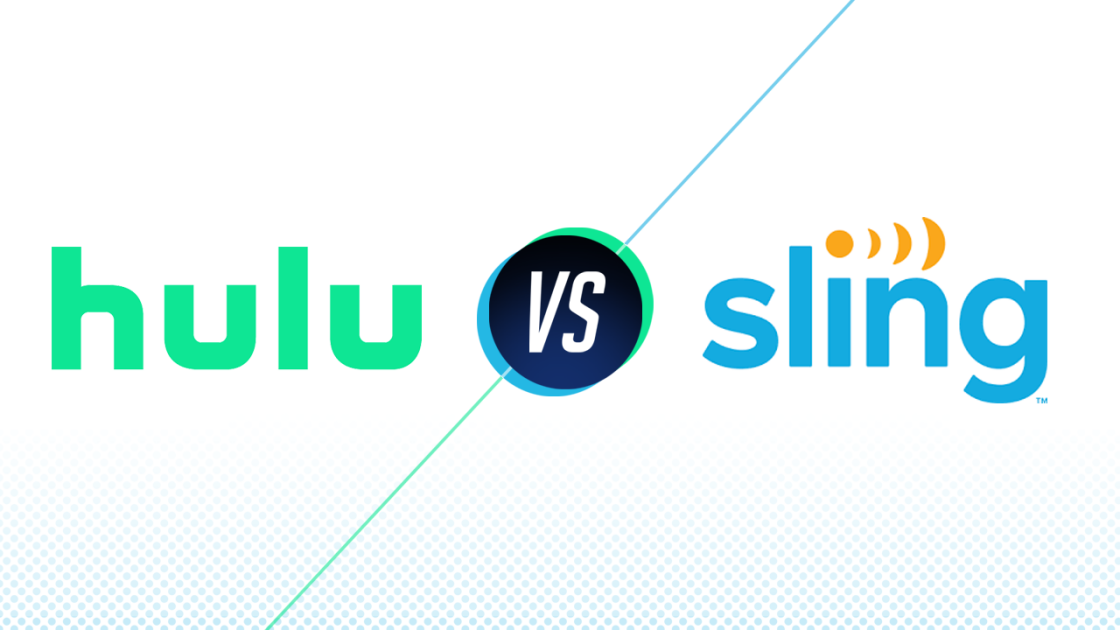 Cord cutters looking to watch live TV need to navigate a complicated landscape of video streaming services, all of which have different channel lineups, capabilities, and monthly prices. This head-to-head matchup between Hulu (we tested the Hulu + Live TV tier) and Sling TV explores the variations between those services across several categories.

For this article, we used Sling’s combined Blue and Orange plan as the point of comparison, since it is more comparable to Hulu + Live TV in price and scope than either of the standalone plans. Check out our feature on Sling Blue vs Sling Orange to see how those two plans differ.

Which Service Has Better Prices?

Hulu + Live TV is $64.99 per month and a subscription includes access to both Hulu’s live TV channels and its on-demand library of cable shows, originals, and movies. With this plan, you will need to deal with commercials when you stream on-demand content. You can upgrade to the $70.99-per-month Hulu (No Ads) + Live TV plan to watch Hulu’s on-demand content without ad interruptions (except for a few shows).

Sling’s Blue and Orange plans each cost $30 per month. You can get both plans for a combined $45 per month, a price that is still significantly cheaper than Hulu + Live TV. Sling often bundles streaming hardware, such as the AirTV mini, AirTV 2, and indoor HD tuners, at a discounted price so long as you prepay for a few months. For example, if you prepay for three months of Sling, you can currently get all three of these devices for an additional $99. If you prepay for two months, you can get the AirTV mini for free.

What Platforms Do Hulu and Sling TV Support?

In addition to watching Hulu via a web browser, you can download dedicated apps on mobile platforms (Android and iOS), media streaming devices (Apple TV, Android TV, Chromecast, Fire TV, Roku), select smart TVs and TV boxes, and game consoles (PlayStation, Xbox One, and the Nintendo Switch). Although Hulu supports live TV streams on the PlayStation 4, PlayStation 3 owners do not get this same benefit.

Sling TV offers apps and experiences on most of the same experiences, but is notably missing support for PlayStation and Nintendo Switch consoles. However, Sling does offer an app for the Oculus Go and Quest, whereas Hulu dropped support for VR headsets.

Which Service Has a Better Channel Lineup?

For this section, we only consider the channels that are available without any additional hardware or add-ons. Sling TV can integrate the local channel feeds from an antenna that its OTA lineup does not include, provided you set up an indoor antenna, a TV tuner, and a compatible media streaming device. That extra hardware adds to the cost, however, and is tedious to set up, which partially defeats the purpose of moving to a sleeker OTA live TV setup.

We consider the channel lineup in the New York City market for this article. The available local channels and regional sports networks (RSNs) will vary based on your location. At the time of testing, Hulu + Live TV offers around 75 channels, while Sling TV is limited to about 51 channels.

Hulu + Live TV covers all the major broadcast networks, with local ABC, CBS, FOX, NBC, and Telemundo channels. Sling TV’s coverage is less impressive. It does not offer any CBS or Telemundo broadcast channels in any market, while ABC is only available with an indoor antenna. Sling TV does cover NBC and FOX affiliates in select markets, however.

Sling TV’s news lineup lacks ABC News Live, CBSN, CNBC, CNN International, and FOX Business, which are all notable omissions. However, it does offer BBC America, Bloomberg Television, Local Now, and Newsy, which Hulu does not.

Many sports air on one of the major broadcast affiliates (ABC, CBS, NBC, or FOX), but overflow coverage and commentary often happens on other channels. Some sports also air exclusively on specific cable channels. That’s why the availability of RSNs on sports streaming services is important. Our guide on how to stream every sport without cable can help you determine which channels you need to watch your favorite sports and teams.

Sling TV’s sports coverage is decidedly less impressive. It only features ESPN, ESPN2, ESPN3, NBC Sports Network, FS1, and Stadium (one channel that Hulu doesn’t have). It also doesn’t include any of the FOX-owned RSNs, though it does offer select NBC-owned ones.

Sling TV’s only advantage is that it offers Nick Jr, which Hulu + Live TV does not. Neither service offers PBS programming.

Sling TV offers an extensive number of add-ons. The add-ons you get in each available package depends on whether you subscribe to Sling Orange, Sling Blue, or both. You can choose between Sports Extra, Comedy Extra, Kids Extra, News Extra, Lifestyle Extra, Hollywood Extra, and Heartland Extra packages. Every package except for the Sports Plus add-on ($10 per month) costs an additional $5 per month. That said, you can bundle the Kids Extra, News Extra, Lifestyle Extra, and Comedy Extra for $12 per month. Additionally, you can add every available Extra to your subscription, along with the Cloud DVR add-on (I discuss this later), for an extra $20 per month.

While Hulu + Live TV’s offerings are likely to meet the needs of most subscribers, the sheer number of choices that Sling TV offers makes it the more flexible option by far. Many of the Sling TV’s add-ons simply aren’t available on other live TV streaming services.

Most live TV streaming services offer on-demand content from the channels in their lineups. If you see a TV show or movie in a channel’s programming lineup, you can probably watch it on-demand for some time after it airs. Both Hulu + Live TV and Sling TV offer such on-demand content. If there is a particular entertainment channel that you enjoy watching that is only available on one of these services, you should choose that service.

Hulu + Live TV has a huge advantage over Sling TV in that a subscription includes access to its extensive on-demand library of movies, TV shows, and original productions. At the time of publishing Hulu’s on-demand library of shows includes animations (Adventure Time, Bob’s Burgers, and Futurama), comedies (Broad City, Brooklyn Nine-Nine, Malcolm in the Middle, Parks and Recreation, and Scrubs), dramas (The Good Wife, Killing Eve, The Orville, and The X-Files). FX shows (both new and old) on Hulu also get a special hub.

Some of Hulu’s original shows, such as Castle Rock, Casual, Catch-22, Harlots, Ramy, The Handmaid’s Tale, and the Veronica Mars reboot, are worth a watch, too. Just don’t expect the same number of quality options as you get with Netflix or Prime Video.

Whose Streaming Experience and DVR Is Better?

Hulu + Live TV supports 1080p streaming at 60 frames per second (FPS) on the Apple TV (4th generation or later), Fire TV and Fire TV Stick, select Samsung TV models, and the Xbox One. I reached out to my Sling TV representative for clarification on the streaming resolution of live content and will update this section with the company’s response.

Subscribers to Hulu + Live TV can record up to 50 hours of DVR content at no additional cost and keep recordings for as long as they subscribe to the service. Sling TV only gives users 10 hours of DVR storage by default. It also keeps recordings for as long as you are an active subscriber. You can upgrade the DVR storage with either one of these services. Hulu’s Enhanced Cloud DVR add-on expands the storage limit to 200 hours and adds the ability to fast-forward through ads. Sling TV’s Cloud DVR Plus add-on pushes the limit to 50 total hours (what you get by default with Hulu).

Cord cutters must consider which aspects of live TV streaming services are most important to them before making a decision. For most people, Hulu + Live TV is a better option than Sling TV because of its superior channel lineup, technical capabilities, and on-demand library. Although Sling TV beats Hulu on price and offers more channel add-ons, the costs of those extras add up quickly and could potentially eat away at Sling’s pricing advantage.

If you are determined to save as much money as possible, Sling’s Blue or Orange plans might be a better option, though you have to be careful to check that your plan of choice has all the channels you want to watch. Philo ($20 per month) and Locast ($5 per month) are other cheap live TV options. If money is less of an object, check out our comparison between Hulu and YouTube TV.