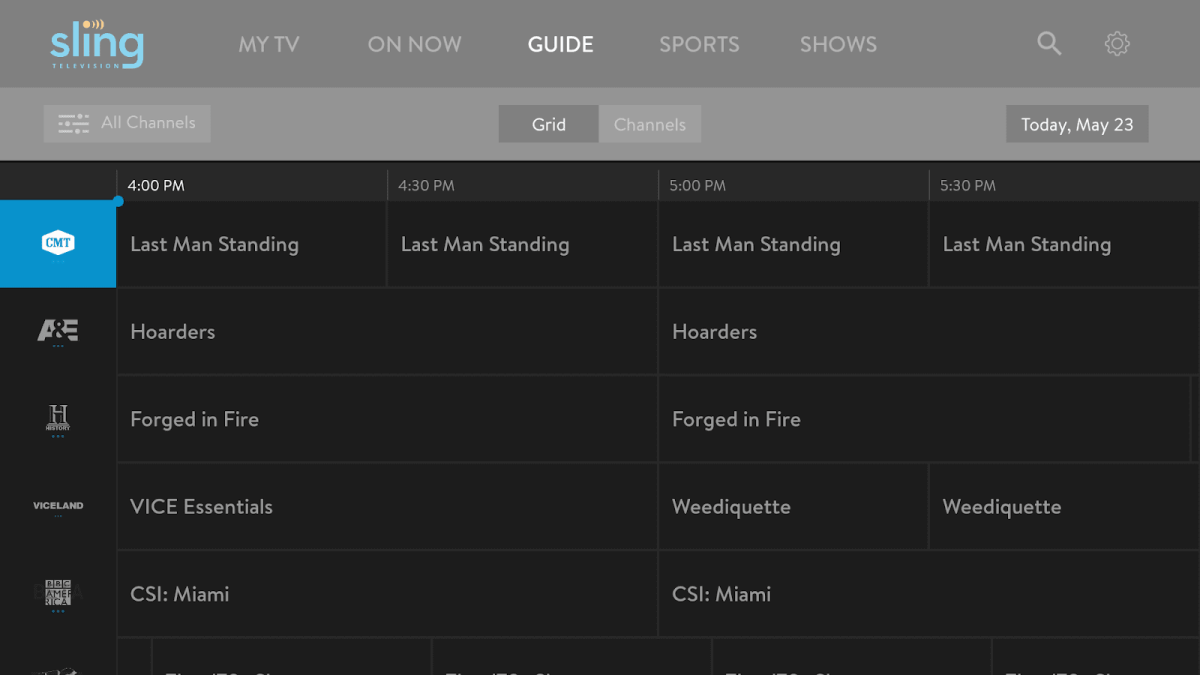 Everyone thinks we’ve moved beyond the need for cable subscriptions. Then you find yourself trying to balance a new NFL season with a tumultuous political cycle, and you realize that access to a service like Sling TV might not be such a bad idea after all.

Like many people, I’ve toyed with the idea of adding a few basic cable channels for my household. Who wouldn’t want to watch the occasional college football game or classic movie? But it wasn’t until I decided to splurge on NFL RedZone that I realized just how much Sling TV has to offer the dedicated cord cutter.

With a handful of packages available to help audiences customize their viewing experiences to meet their individual preferences, Sling TV has proven itself to be one of the top options in the world of over-the-top cable subscription.

Here’s what you need to know about Sling TV and its packages.

Where Is Sling Available?

If you are an HBO Max subscriber, then you already know how frustrating it can be when your streaming subscription is not available on all devices. HBO Max users are still patiently – or, well, not-so patiently – waiting for the service to become available on both Roku and Amazon Fire devices, making adopting the latest big streaming service a tricky proposition for those who are entrenched in their streaming hardware.

Thankfully, you will encounter far fewer technical barriers than other streaming platforms. Sling TV may not be available on every device – those who use their PlayStations as an all-in-one media center will sadly not have access to the service – but Sling has covered all the basics with its releases. You can access the Sling TV app on everything from Roku to Amazon TV to Chromecast, making Sling one of the most reliable cable alternatives available to audiences (and the app works great on Android and Apple devices, too).

Like other streaming services, Sling TV comes with a free trial period. Start by visiting the Sling TV website and click on the “Watch 3 Days FREE” button located at the center of the screen. This will begin the registration process and require you to select both a current email address and a password for your account.

From there, you will be asked to complete three steps:

In Step One, you will choose from the two base plans – Sling Orange and Sling Blue, both of which will be discussed later in this article – and explore various add-ons and additional channels. If you are using the three-day trial to test the water, this is where you might consider loading up with extra channels to explore the various options available under both plans.

In Step Two, you will provide your billing information via a credit card or a linked PayPal account. Like many streaming services, you will need to enter this payment information in order to unlock the three-day trial period. But don’t worry: Sling will not charge your account until after the three-day trial period is over, allowing you plenty of time to shop before you buy. Just don’t forget to set up a calendar reminder to cancel or change your service before those three days are up!

In Step Three, you will personalize your experience. Update your account information, manage your devices, and change your subscription details, all from your personal account preferences page.

What You Get with Sling Orange

Before you complete your registration, you’ll need to decide on your base Sling package.

On the surface, the choice between Sling Blue and Sling Orange may seem obvious. Sling Blue has more channels and allows for more active streaming devices than its counterpart – who would intentionally choose a package that provides them with less options? But there is one big difference between the two base channel packages: Sling Orange has the market cornered on Disney products.

Orange offers audiences a unique combination of Disney-owned channels, including ESPN, ESPN2, and ESPN3. If family entertainment is more your style, Orange also offers both the Disney Channel and Freeform, offering your kids the same channels you yourself probably grew up watching. And as we’ll discuss later, Orange really shines when you start to explore extras, especially when it comes to sports.

What You Get with Sling Blue

If you are not a Disney household – or if you prefer getting a little more channel-bang for your buck – then Sling Blue is definitely for you. With 15 extra channels and three times the number of active streams available to customers, Blu is a smart choice for those busy households where everyone wants to watch a different show at the same time.

Unlike Orange, Blue also includes a full complement of Fox and NBC channels, making it a little closer in spirit to the kind of cable bundles many of us were raised on. MSNBC, Fox Sports 1, Fox News, and FX are just a few of the channels you’ll receive with a subscription to Blue.

Of course, the real kicker for most Blue subscribers is access to the NFL Network and – as an add-on – NFL RedZone, offering football fans and fantasy addicts alike seven hours of uninterrupted football each Sunday during the NFL Season.

Having trouble deciding between Sling’s two base packages? You don’t have to! In addition to its two standalone services, Sling TV also offers a combination package for Sling Orange + Sling Blue that offers the best of each service at one discounted rate. Since you have access to both services, you’ll also be able to choose extra channels and add-ons from both tiers, making this the most complete offering for Sling members.

Just remember: although Sling TV might advertise its combination package as offering “four streams at once,” the Sling Orange + Sling Blue package contains the same streaming restrictions as each standalone service. That means that you will only be able to stream one channel exclusive to the Sling Orange package at a time, or three channels exclusive to the Sling Blue package. Just because you’re paying extra doesn’t mean you’re suddenly going to get access to ESPN in every room of the house.

The difference between Orange and Blue goes beyond the base channel selections. Each tier features a slightly different set of add-ons, with similar-sounding bundles (“Sports Extra,” “Comedy Extra”) featuring a unique combination of channels. This makes choosing between Sling Blue and Sling Orange more important than it seems at first glance. Which base package you select will determine whether you have access to some or even all of your favorite premium channels.

Take the “Sports Extra” bundle. While there is some significant crossover between the two packages – both feature the MLB Network, Tennis Channel, and NHL Network – it is the small differences that might make all the difference to sports fans.

Sling Orange is geared towards fans of college sports, with options like the Longhorn Network and the SEC Network a must-have for gameday news and features. Meanwhile, fans of the Summer and Winter Olympic Games will be able to get their fill of historical rebroadcasts with the Olympic Channel, only available under Sling Blue.

But what kind of a cable workaround would Sling TV be without access to premium channels? If the basic package and add-ons still aren’t enough, Sling also offers users the option to pick from a handful of premium able channels on an a la carte basis. Tack on a premium movie or music channel for a few extra dollars a month and enjoy an extra degree of customization.

Here are just a few of the premium channels available through Sling:

Like most free trials, cancelling your Sling subscription during your three-day trial period is easy. All you need to do is log into your account and cancel your subscription; this will prevent the initial charge from hitting your card, giving you three days to cram in as much broadcast television as your schedule will allow.

But what if you are a current Sling user who wants to make a switch? In the old days, cancelling your cable subscription would be a complicated process involving phone calls and guilt trips from account representatives. With Sling, though, cancelling or suspending your account is as simple as pressing a few buttons. Here are the three steps you will need to follow:

After you confirm your cancellation, your account will deactivate at the end of the current monthly billing cycle. And if you change your mind, you can log back into Sling anytime to reactive your account.

Whether you are ready to move on from expensive cable packages or just looking to streamline your channel selection, there is a lot of value to be found in Sling TV. Read through both the Sling Orange and Sling Blue listings; if you’re feeling particularly adventurous, explore the various add-ons and build a Sling TV package catered to your television needs.

Even if you change your mind a month or two down the line, Sling makes subscribing affordable enough – and canceling your subscription simple enough – to justify a short-term investment.