The Best Free Movie and TV Streaming Services So You 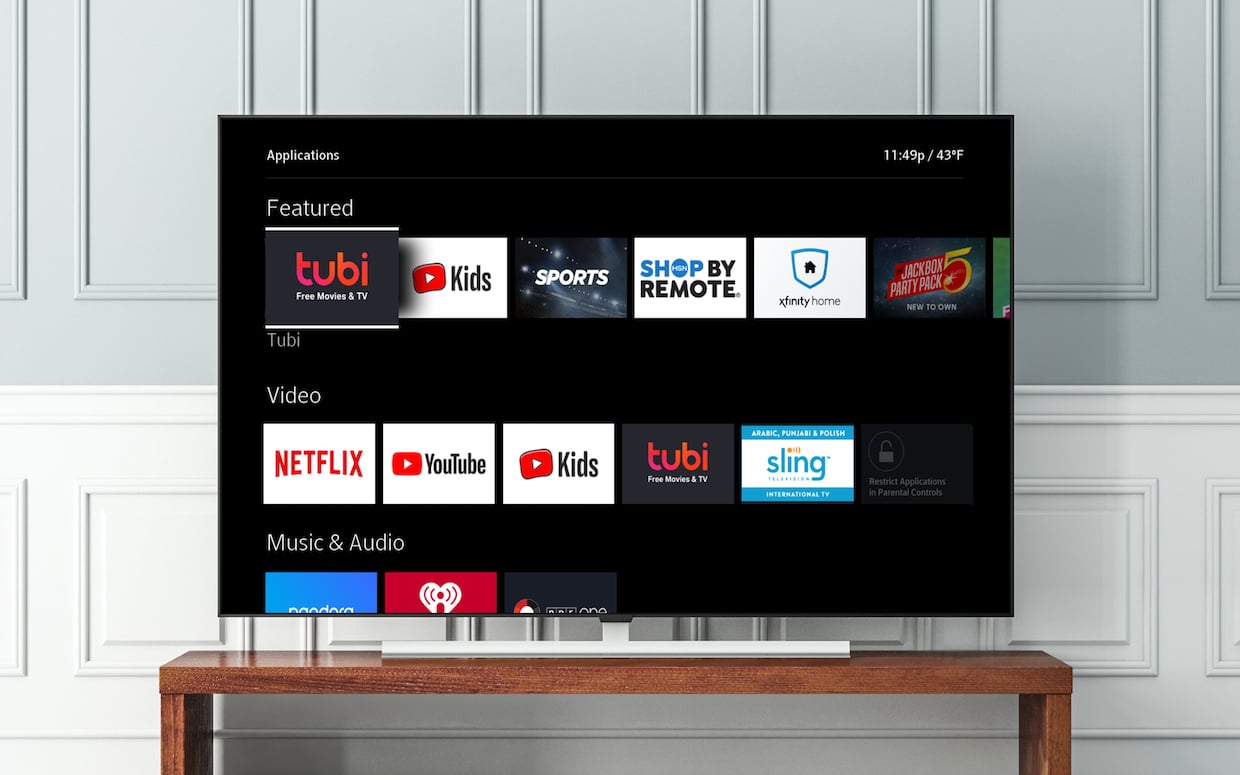 Between Netflix, Hulu and Amazon Prime Video, there was already a streaming war. Now, throw the forthcoming Disney+, Apple TV+, Peacock and more into the mix and you have a full-blown raging battle. If you’d like to avoid having your wallet be a casualty of the fight, then we’ve rounded up some of the best free movie and TV streaming sites. That’s right, these movie and TV streaming services come at no cost! Naturally, you get what you pay for, so don’t expect all the original, exclusive content that the paid streamers provide, as well as the luxury of watching anything sans ads. But, if you’re looking to save a few dollars and cut the cable cord, then we recommend these free streaming services and sites. If you want to stream free TV and movies, consider this list your new best friend!

The service that was once known as Freedive allows users in the United States to watch TV shows and movies for free on IMDb and Fire TV devices. Variety reported back in June that the “expanded ad-supported VOD lineup comes through new deals with studios including Warner Bros., Sony Pictures Entertainment and MGM.” Titles available for viewing include La La Land, Rain Man and Sense and Sensibility.

TV and movie goers can enjoy an “always-changing selection of free movies, shows, live news, kids’ TV and more.” Apart from free films on the weekly watch list, Roku offers live television streaming like ABC News and Cheddar News. Stream on Roku with devices that connect to your TV or on Roku TVs that have the streaming experience already built in. If you prefer to watch from your laptop, all you need to do is create an account and voilà, you’re ready to watch online.

Related: These Are the 12 Best Movie Streaming Sites

No contract or subscription is required to watch movies and TV shows with limited commercials on Vudu. Users can choose from thousands of free movies, such as Maid in Manhattan, Three Men and a Baby and Gravity, to watch on their mobile device, TV and computer—plus view in up to 1080p!

While free, users will need a public library or university card to take advantage of Kanopy’s catalogue of ad-free critically acclaimed movies, like Lady Bird and Moonlight; documentaries; award-winning foreign films; and series. Because the public libraries and universities cover all the associated costs, users can enjoy using Kanopy for free. To get started, dig out your library card and enter your library card information or university login.

Related: A Grease Musical Spinoff Series Is in the Works for WarnerMedia’s Streaming Service HBO Max

As the site notes, Popcornflix was created for people “who want to watch ‘Great Movies. Free.’” Films such as Stuck in Love and Paris, Je T’Aime are available on the streaming service, which is supported on Apple TV, Roku, Google Play, Xbox, Amazon and iOS devices. What’s nice is users do not need to worry about registering or creating an account. Just find the movie or show of your choosing, and hit play to watch on the ad-supported site.

Like Kanopy, users of this digital media service will need a library card to “borrow” movies and TV shows to watch on their computer, tablet, phone or TV. With thousands of titles to choose from, including Ella Enchanted, Bridget Jones’s Diary, 13 Going on 30, Emma and Good Will Hunting, Hoopla describes its services as “having your public library at your fingertips. Anytime. Anywhere.” It’s compatible with Roku, Android TV, Fire TV, iPads, iPhones, Apple TV, Chromecast, Amazon and Google Play.

Related: A Hocus Pocus Sequel Is in the Works for Disney+, and We Are Not Calm

The ad-supported streaming site, available in the contiguous United States, provides free live and on-demand entertainment. Users can pick from over 160 different channels to tune into the Today show, Family Feud and Fox Sports, or watch full length seasons of shows, in addition to movies. XUMO can be viewed on Hisense, Sharp, Magnavox, Panasonic, Philips, Sanyo or VIZIO smart TVs, along with Channel Plus enabled LG smart TVs, iPhones, iPads, Android devices, or on Roku.

The video sharing platform isn’t just for adorable animal clips and music videos—YouTube also has a limited section of free movies with ads, including The Pink Panther and Wish Upon a Star. While the site also provides shows, users have to purchase in order to view them.

Celebrity interviews, recipes and health tips delivered to your inbox.

Though not necessarily mainstream, the streaming service has over 2,000 movies, TV show episodes, documentaries and original comedy shorts available to watch online or on your iPhone, iPad or Android devices. Among the titles in Snagfilms library are Audrey Hepburn‘s Charade and Kirsten Dunst‘s The Devil’s Arithmetic.

If you are looking to purchase a streaming service, these are our favorite Disney Channel Original Movies heading to Disney+.