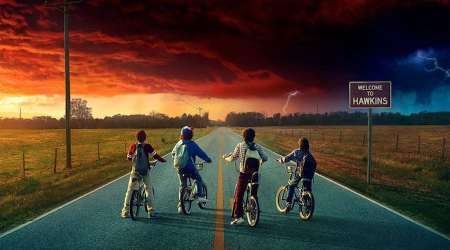 Why should you compare streaming providers? For a long time, Canadians have been paying through the nose for their news, sport and entertainment. And while we’ve become accustomed to services like Netflix and Amazon Prime Video, there’s now new players on the block like Disney+, Apple TV+ and local providers like Crave TV.

Playing catch-up, accessing premium entertainment is easier and more affordable than ever. Comparing what each service offers and how much it costs could save you a fortune in the long run.

What do I need to compare?

There are many things you need to consider before signing up with a streaming provider but it essentially boils down a few comparable factors: price, content, quality and compatible devices.

We’ve done the hard yards for you and answered all those questions and more in the table below.

If you’d like to dig a little deeper we answer some commonly asked questions and explain why streaming is taking over further down the page.

Try before you buy with these free trials

What is Internet TV and streaming exactly?

Internet Television is televised content that is delivered to all sorts of connected devices, from personal computers to smartphones to video game consoles.Also referred to as “IPTV’ or “streaming”, this technology enables viewers to watch television shows, movies, news and sport in real time over the Internet.

The streamed content is viewed through a website or native application that gives the viewer access to a live stream or library of television shows and movies.

With a steady Internet connection and compatible device, there is little difference from what traditional broadcast options offer.

I’m sold but I don’t know if I have the right equipment. Which devices can I use to stream?

This is a common deterrent for people looking to make the switch to streaming but don’t worry, there are plenty of devices you can use to stream Netflix, Crave and more. In fact, you’ve probably got one or two in your home already.

Why is streaming taking over? Convenience. While you can live stream TV shows and movies as they happen, the main draw of streaming television is the thousands and thousands of classic movies and recent blockbusters available with the press of a button.

The wide selection of compatible devices also means you don’t have to wait until you’re home on the couch to catch up on the latest news and premium TV shows. Streaming and Internet TV services can be accessed from your office computer, from your smartphone on the commute home and when you get home, you can continue what you were watching on your Smart TV without missing a beat.

Streaming is also relatively cheap. For years, entertainment has been dictated by cable and satellite providers that usually charge huge fees and require some kind of contract or ongoing commitment. Netflix, on the other hand, charges just $8.99 per month at its lowest tier and offers quality original content and options for HD and 4K (Ultra High Definition) streaming at its higher tiers.

Compare the differences in content, pricing and packages from Amazon Prime Video, Crave, Acorn TV, Netflix Canada and CBS All Access before you decide on one.

What are my options for streaming?

There are various ways you can view content over the Internet. Some are convenient but take a toll on your data while others take longer but allow offline viewing. Let us break down the differences.

This is all well and good but how exactly did Daenerys and her dragons end up on my smartphone? While it’s not breathing fire or raising the dead, it’s still quite magical. Let us show you how it’s done.

More questions? You’re not the only one. See what other people are asking.

There’s a whole suite of devices and gadgets you can stream on but device compatibility varies from service to service.

We’ve got complete lists of everything streaming on Netflix, Prime Video, hayu, Disney+, and more.