Best streaming sticks 2021: Get a smart TV without getting 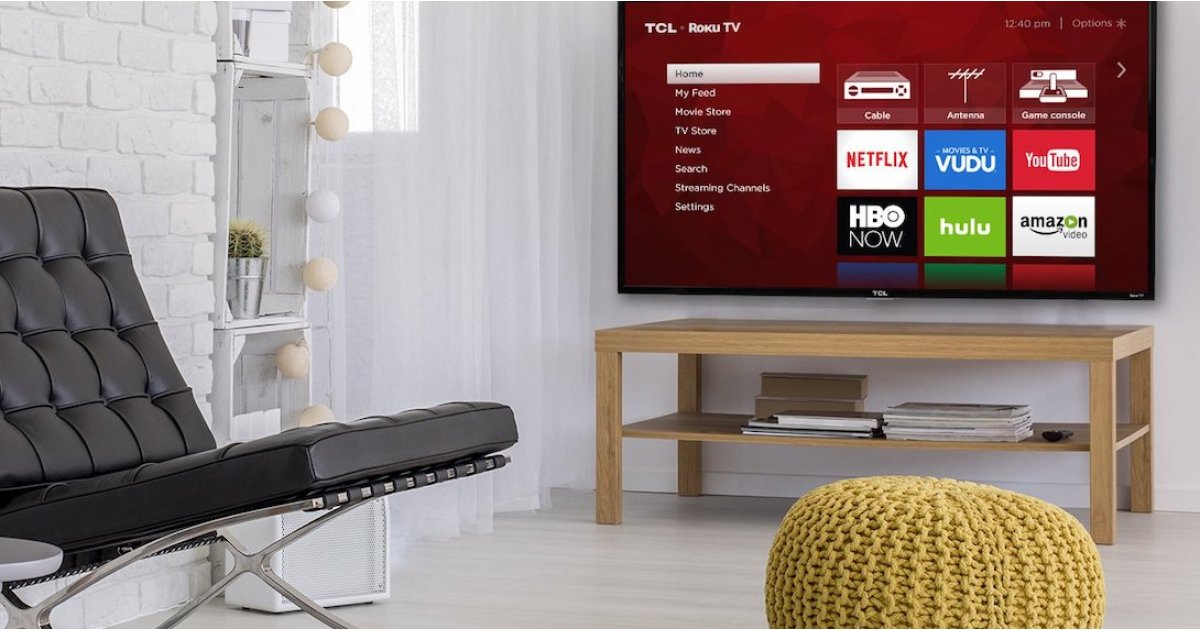 Smart TV may be relatively ubiquitous as we head into 2021, but that doesn’t necessarily mean you should ignore the advantages of streaming sticks or boxes when it comes to tapping into the ever-expanding world of streaming content.

Some smart TV platforms are pretty crummy, and many don’t have the latest apps, games and content available from the likes of Apple, Amazon and Google.

Or, perhaps you don’t have a smart TV, and instead you want to bring some internet-connected joy to your existing setup on the cheap, simply by plugging a top streaming stick into one of your TV’s HDMI port.

Whatever your reason, below are some of the best options you can buy right now. Jump down below for an overview on the likes of Google Chromecast, Apple TV and Amazon Fire TV.

Update: We first published this guide to the best streaming sticks a couple of year ago. We keep it updated with all the latest devices from the major players. The latest update, as we move into 2021, includes all the important details on the new Chromecast with Google TV and the newest Fire TV devices.

Jump to the information you need

It’s cheaper than the second-gen Amazon Fire TV Cube, but still gets you high end features like 4K streaming, HDR10+ and Dolby Vision; all from a HDMI port on the back of your television.

The Stick 4K has a power cable and is slightly longer than the previous generation’s, but is easy to plug and play â if you need it at an angle, there’s a dongle to help. It gets you access to services including Prime Video, Netflix, HBO, Hulu, BBC iPlayer, Disney, Curzon, Plex and more â a very solid selection in both the US and UK.

Equally important is the bundled Alexa voice remote. You can hold down the button instead of saying “Alexa” for voice search, and there are IR control and volume buttons which can be used to control your TV, soundbar or AV receiver.

Unlike the Cube, keep in mind the Fire TV Stick 4K won’t act as an Echo when the TV is off. But when surfing results it’s generally really quick, with some room to improve on Netflix.

In use, it’s fast and smooth thanks to a quad-core 1.7GHz processor inside. Fire OS has its positives and negatives â and the new 2020 Fire TV stick (which is $10 cheaper but doesn’t have 4K skills) signalled the arrival of a revamped UI for the platform.

The Fire TV Stick 4K is packed with features and services, its UHD streaming is excellent and Dolby Atmos is also on board to give you a sound boost.

Overall, this is an affordable and future-proof streaming stick option.

Less of a streaming stick and more of an ultra high definition Pandora’s Box, the Apple TV 4K is a seriously smart TV companion, which also plays a major part in the Apple ecosystem as it can also be used as a HomeKit smart home hub.

As youâd expect from Apple, this richness comes from the host of apps, accessible from the Apple TVâs own App Store. The majority of these include the full range of content streaming platforms, both free and paid-for, live TV services and ported iOS games. You’ll also be able to control it from Apple devices such as your iPhone or iPad.

Packing everything into the diminutive little black box, the Apple TV 4K is powered by a new A10X chip to handle all the 3840 x 2160 Ultra HD grunt. And thereâs plenty to choose from, with Amazon Prime Video, Netflix and iTunes, all with growing reasonably priced 4K libraries. The only downside is that YouTube 4K isn’t supported, so you’ll have to settle for 1080p for now.

However, you are getting support for HDR10, Dolby Vision HDR (High Dynamic Range), Dolby Digital Surround sound and Dolby Atmos audio. The last of those really confirms the Apple TV 4K as an AV powerhouse, but you’ll still need the right TV and speakers to make the most of these features.

Siri is also well integrated, and offers more contextual options than you might think, even if, yeah, Siri still pales in comparison to Alexa and Assistant.

Apple TV, as you’d expect, plays nicely with AirPlay 2 as a receiver and sender, so you can send the sound to an AirPlay speaker, or, preferably, a sound bar, by dragging down on the remote. And, if you’re streaming video on a Mac, iPhone or iPad, you’ll be able to ping those visuals over to your Apple box.

The box also has the ability to act as a HomeKit hub, automating actions based on your location.

There is one niggle though, as Apple has set its TV app and TV+ streaming service free on many other streaming devices. This takes some advantages away from the Apple TV 4K, but it’s still a great piece of kit.

The 4th-gen Chromecast was announced at Google’s big hardware event in late 2020.

Unlike Google’s previous Chromecast dongles, which were based around casting (devices that let you send or ‘cast’ media from your phone, tablet or computer to compatible speakers and TVs) the latest Chromecast comes with a genuine streaming platform built in: the revamped Google TV.

Essentially a fork of Android TV, the new Chromecast allows all Android TV apps such as Netflix, Amazon Prime Video, Disney+, Hulu and HBO Max and the Google Assistant is on board as well, through the slick new remote control.

Google TV is actually a version of Android TV that, like the Fire TV UI, brings together shows and movies from a range of different apps for your perusal, depending on what you subscribe to.

It can also act as a receiver, like a Chromecast-enabled speaker or TV; but it’s a smart streaming device in its own right too.

Roku has created a platform that offers you more for your buck and covers a range of price points, starting at just $29 for the Roku Express; a budget dongle that can be powered entirely by USB.

Unlike the old Express, the latest edition has been smoothed out with a more curved design, but it still has a relatively 90s-budget aesthetic going on.

Unlike the old Roku Express, the 2019 edition can power directly from virtually any television with a USB-A port, so wonât require a separate power connector, and it draws power via Micro USB, while connecting to your television via HDMI. You’ll get HD out of the Express, but not 4K.

Given the fact it ships with a remote control, itâs more accessible than traditional sticks and in turn, could be an ideal choice for older users who donât want their TV experience bound to a smartphone â and who donât need 4K.

A new area for streaming is smart soundbars with streaming platforms built right in.

The likes of Sonos’ Beam and the Polk Command Bar have shown how useful it can be to have Alexa built into the speaker for your television.

Amazon took things a step further at the end of last year, working with Anker to create the Nebula Soundbar Fire TV Edition.

The a 2.1 channel soundbar packs a Fire TV system into its internals, negating the need for a separate streaming box or stick. It also lets you command Alexa using the Voice Remote, like a Fire TV Stick.

For the visuals it supports HD streaming up to 60fps, as well as Dolby Vision, 4K HDR and HDR10+.

You’re also able to add the soundbar to an Alexa multi-room music setup, too, making it part of your smart speaker set up in its own right.

If you’re considering a smart streaming soundbar then be aware Roku is also a major player in this area and has recently added the Roku Streambar to the mix, which is cheaper (and smaller) than both its original connected soundbar, and this Nebula one as $129.99.

Streaming devices: What to consider before buying

The services you’re signed up to – or want to sign up to – is arguably the most important thing to consider when purchasing a streaming device.

Netflix and Amazon Prime Video are the two heavyweights, but there’s also apps like Hulu, Now TV, Mubi and Spotify to consider. If you just want to get these services onto your TV, with no fuss on specs or resolution, you can pick up a bargain streaming stick â an original Chromecast say or a Now TV Smart Stick â and away you go.

Do you need a nicely designed home screen, or are you happy firing up an app on your phone? Do you actually care about voice search from the remote control?

If you’ve got a high-spec TV, or you’re forking out for 4K Netflix, say, then you’ll need to look a bit further. Does the box or stick support 4K streaming, or even HDR10, to make it future-proof?

There are also some gaming focused options like the Nvidia Shield TV â does Android gaming and a bundled controller sound like fun?

A simple streaming accessory can turn your TV into your smart home hub. Apple TV 4K is there for HomeKit users, the Chromecast Ultra and Chromecast represent Google Assistant and Amazon’s Fire TV range is Alexa-enabled.

Make your choice carefully, based on what other smart kit you have in the house that’s connected to one of the big three ecosystems. This area is only going to expand.

Smart support through the TV doesn’t have to come from a streaming device, as you can also install a smart soundbar that houses a voice assistant, but it’s definitely worth looking into.