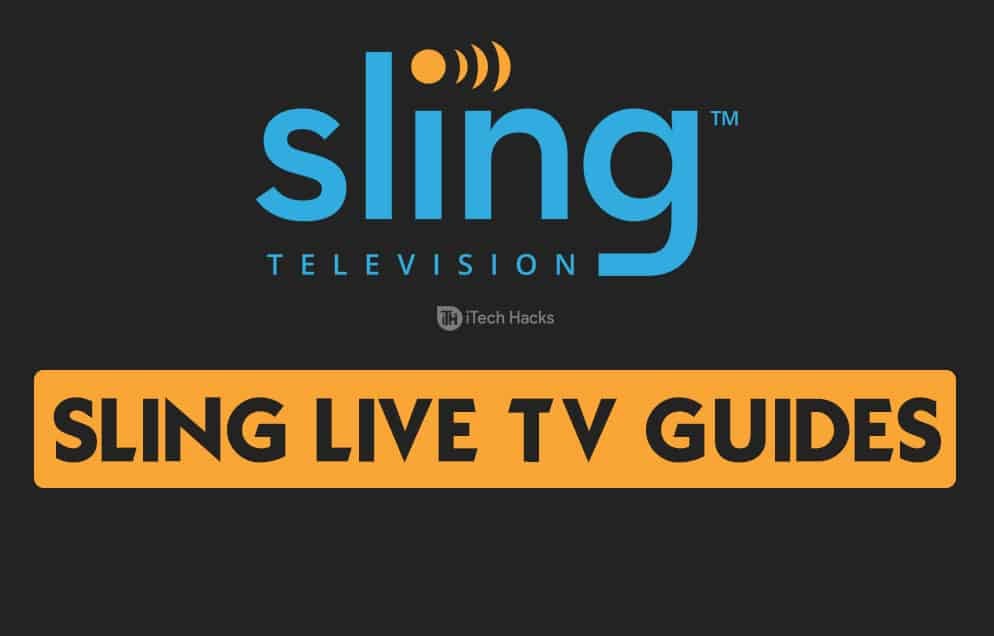 Sling TV is the best streaming service starting at $30 per month. There is ESPN, and so many other networks like AMC, A&E, Food Network, HGTV, Lifetime, and also Disney Channel. Here, in this article, we will give you all the details of Sling TV. Check out the full article.

Sling TV is an OTT (over-the-top) service which comes in over the internet instead of using a cable company, or broadcasts to watch TV. We can say, Sling TV is an online service just like other streaming apps Netflix, Amazon, and Hulu. However, Sling TV is special on Live TV, as it shows the programs as they are broadcast.

Not only Sling TV is the OTT service, Hulu, YouTube TV, and Netflix also offer live content with different specifications. Once you download the Sling TV, you need to sign up and start watching your favorite TV program.

Once you start the app, you will see all the channels. It also has a guide, so it is easy for you to find the content. Make sure you have a good internet connection to watch TV as Sling TV does not support offline viewing.

What does Sling TV Cost?

Now, let us see about pricing. If you know, Sling TV is available in two flavors Sling Orange and Sling Blue. The cost of both the flavors is $30 per month.

Sling TV offers add-on packages, and the price is from $5 to $15 per month. There are so many packages available, so if you want everything, then the monthly subscription might be more than $100 per month.

Sling also offers the compatibility, and it also has over-the-air antennae support (only in supported areas). If your location supports the antennae, then you can get an antenna, and the price is $59.99.

And, if you don’t have any device to stream Sling TV then pre-pay for Three months of Sling TV and get an AirTV Player and an adapter with the antenna. The total you need to pay $189.98.

What are the Sling TV packages and what channels are included?

The Sling Orange package has channels like ESPN, AMC, CNN, Comedy Central, Cartoon Network, the Disney Channel, TNT, IFC, and A&E. This package is without any add-ons.

You can see, Orange has no NBC networks and the Blue package does not have ESPN and Disney Channel.

One of the biggest and main differences between these two packages is Orange package is a single stream service, and Blue package supports up to three same streams. You can use one Sling stream at a time to watch or record any content. A blue package can be used by multiple users to watch different channels at the same time.

Sling TV has so many add-on packages that have Sports channels to premium movies. The list of the content is too long for each package. For example, Sports package has NFL RedZone, NBA TV, NHL Network, beIN Sports, and ESPN bases loaded. All these costs an extra $5 every month.

There is an HBO package that has one channel, and the price is $15 per month. The Showtime package is also the same as one channel for $10 per month.

In 2018, February Sling TV was the first service to mix NBA League Pass with a price of $29 per month. It gave access to live, out-of-market games. If you are interested only in games, then there is a Team Pass for $18 per month.

Subscribe to Showtime, NBA League, and other channels from Sling TV without paying for Orange or Blue Subscriptions.

All the football fans, sling, offer the best way to find out which channels are showing which games. You just need to visit sling.com/gamefinder and search. The page will show you what games are streaming in your area if you enter your ZIP code.

It depends on where you live and which package subscription you have whether Orange or Sling Blue as Sling offers Fox and NBC in few markets.

It depends on what you are watching, whether you broadcast network programming or anything. If you want to access to more networks without any content, then choose Hulu. It is another option.

Does Sling TV require a contract?

Sling TV has a month’s service, which you can start or stop at any time. There is no start-up or canceling fees on Sling TV.

As of now, Sling TV is available on:

Can I record shows on Sling TV?

Yes, of course. You can record on its Cloud DVR for free for 10 hours. The cloud DVR Plus package price is $5 per month, and then it increases to 50 hours of content.

Are there advertisements on Sling TV?

Yes. On Sling TV you see exactly what you see if you were watching channels on TV.

Are there movies on Sling TV?

The movies are aired on a few channels like AMC, or TBS, and other Hollywood channels. With extra payment, there is an option for on-demand movies. You can see both new releases and old movies.

How To cancel Sling TV

If you want to cancel Sling TV then just follow the simple steps to cancel the membership.

There are no charges for canceling the Sling TV Subscription any time.

READ MORE: How To Unlock and Watch Hulu Outside the US

So, these are the things about Sling TV which you need to know. It is a small guide on Sling TV – Packages, Channels, and other basic information that you all need to know. We hope you liked it and it was helpful for you. f you know of any other information on Sling TV or if you have any queries regarding the method listed above, then please let us know about it in the comments section below. Cheers